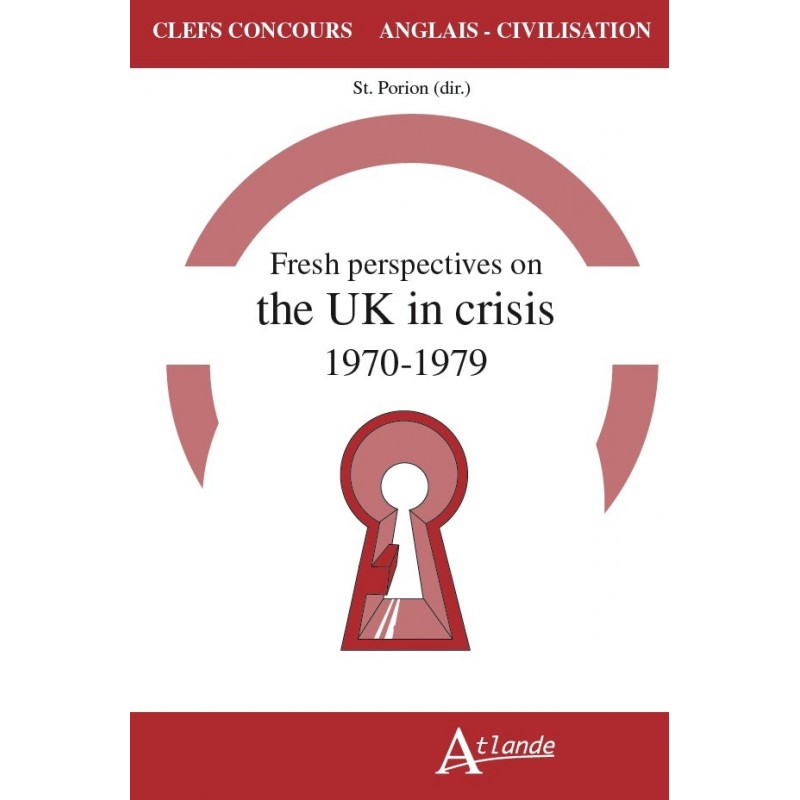 Fresh perspectives on the UK in crisis

Homage to Wilson and Callaghan

Industrial Relations in the 1970s: All change or Business as Usual?

Education from Plowden to Thatcher - Red, Yellow, Black and Blue Building Bricks. A Decade of Increased Opportunities or of Rising Discontent?

The Scotland Act (1978): A Response to the SNP's Breakthrough

Part V: The United Kingdom and the European Question

The 1975 UK Referendum on Europe: A Crisis Averted

Britain Joining the European Economic Community: The Pompidou-Heath Summit, 20-21 May 1971

Edwige Camp-Pietrain is Professor of British Studies at the University of Valenciennes and Hainaut-Cambrésis. Her research focuses on Scotland's politics, institutions and public policies. She has published many articles on these topics as well as some books including La devolution. Écosse, Pays de Galles (Neuilly, Atlande, 2006), and L'impossible indépendance écossaise? (Neuilly, Atlande, 2014).

Philippe Cauvet is a Lecturer at the University of Poitiers. His research focuses on questions related to the relations between states, nations and territories in the British Isles. He is the co-editor of Unfinished business, Governance and the Four Nations: Devolution in the UK (Bordeaux, Presses Universitaires de Bordeaux, 2011). Among the many articles he has written are “Deterritorialisation, reterritorialisation, nations and states: Irish nationalist discourses on nation and territory before and after the Good Friday Agreement” (GeoJournal, vol. LXXVI, n° 1, 2011, p. 77-91), and “La question frontalière et les relations Irlande-Irlande du Nord : de la partition à une Irlande postnationale?” (Hérodote, vol. CXXXVII, n° 2, 2010, p. 18-34).

Claire Charlot is Professor of British Studies at the University of Paris-Sorbonne (Paris 4). She teaches contemporary British Politics and Society and does research in these areas. She has published a book on the British Higher Civil Service - L’Enarchie à l’anglaise (Lille, Presses Universitaires de Lille), 1989)-, and is the author of several articles on British political parties and elections. She has also done extensive research on one-parent families in England and Wales and on various aspects of bio-ethics (abortion, surrogacy, IVF...).

After graduating in law and translation, and obtaining the agrégation in English and a doctorate in contemporary British Studies, Alexis Chommeloux contributed to setting up the Law and Languages Department at the University François Rabelais-Tours, a department which he went on to head until he became dean of the Lettres et Langues Faculty in 2016. A member of the Interactions Culturelles et Discursives (ICD) research group, he is interested in aspects of British society which are better understood via a study of related legal issues, particularly pertaining to the British government’s strategy with relation to organised crime or terrorism, or regarding the area of industrial relations in the 20th century. He has recently co-edited The Rights and Aspirations of the Magna Carta (Basingstoke, Palgrave Macmillan, 2016), Comtemporary Voting in Europe: Patterns and Trends (Basingstoke, Palgrave Macmillan, 2017) and L’Europe en Pièces (Paris, Le Manuscrit, 2017).

Marie-Claude Esposito is Professor Emerita at the University Sorbonne Nouvelle-Paris 3. Her research focuses on British monetary and financial relations and the British economy since the First World War. She is the author of several books including Londres la ville-monde (Paris, Vendémiaire, 2013), written with Professor Philippe Chassaigne. She is co-editor of L’Union européenne : un espace politique à la croisée des chemins (Paris, L’Harmattan, 2015), with Professor Christine Manigand. Her current research interests include European monetary and financial issues during the First World War.

Joana Etchart is a Senior Lecturer in Irish and British Studies at the University of Pau and Pays de l’Adour (UPPA). She studies reconciliation policies in Northern Ireland, with a particular focus on local-level initiatives developed by local government and/or by community groups. She recently published a book on the history of reconciliation policies in the 1969-98 period: Les premières politiques de reconciliation en Irlande du Nord (1969-1998). L’histoire d’un renoncement (Brussels, Peter Lang, 2017). She is also interested in the regeneration policies developed in former industrial port cities like Belfast and Liverpool and their potential impact on urban fragmentation and division.

Susan Finding is Professor of British Studies at the University of Poitiers, and Fellow of the Royal Historical Society. She is editor of the online review mimmoc.revues.org and heads the MIMMOC research group. She specializes in British social and political history, particularly education and childcare policy. She has edited several books and journal issues. A book on the evolution of childcare in the UK is forthcoming: La politique de la petite enfance au Royaume-Uni (1997-2010). “Une nouvelle frontière” de l'État-providence ? She was a visiting professor at the Beineke Library, Yale in 2014 and William Reese Fellow at the Huntington Library in 2017 as part of a project exploring the rare economic history books archive (Fonds Dubois) at the library of the University of Poitiers.

Elizabeth Gibson-Morgan is Professor-elect in Law and Languages at the University François Rabelais-Tours, and at the Bordeaux Law School in France, and is Senior Research Fellow in Constitutional Law at King’s College, London. Her current research is on the House of Lords reform, devolution, the UK Supreme Court and the codification of the British Constitution. She is the author of Constitutional Reform in Britain and France: From Human Rights to Brexit (Cardiff, University of Wales Press, 2017).

Marc Lenormand is Senior Lecturer in British Studies at the University Paul-Valéry Montpellier 3 and a member of the EMMA research centre. In 2012, he completed a doctoral thesis on “British trade unions in a context of crisis of Labour, extension of industrial disputes and rise of the New Right: a critical history of the 1978-1979 ‘Winter of Discontent’”, and has published articles about the history of the British trade union movement, women in trade unions, trade union democracy, labour politics, and the Conservative anti-union agenda. His research now focuses on the intellectual history of the Labour movement in Britain in the second half of the 20th century.

Kenneth O. Morgan is a celebrated historian of Britain, Wales and the United States. He was fellow and tutor at The Queen's College, Oxford, from 1966-89, Vice-Chancellor of the University of Aberystwyth 1989-95 and also of the University of Wales 1993-95, and since 2012 has been Visiting Professor at King's College, London. He has lectured many times in France, the United States, Canada, Malaysia and many other countries. Elected Fellow of the British Academy in 1983, and made a member of the House of Lords (Labour) as Baron Morgan of Aberdyfi in 2000, he was awarded a medal for lifetime achievement by Parliament in 2012. A member of the House of Lords Constitutional Committee, he became an honorary fellow of the University Francois Rabelais-Tours, in March 2017. He is also a druid of the Welsh national Eisteddfod. He has written 35 books, including Wales in British Politics, histories of the British governments of 1918-1922 and 1945-51, a history of post-1945 Britain, Labour People, Rebirth of a Nation, Ages of Reform, and authoritative biographies of Lloyd George, Keir Hardie, Lord Addison, James Callaghan and Michael Foot. His Illustrated History of Britain (Oxford, OUP) has sold over a million copies. He is a frequent broadcaster on radio and television, and is married to the French constitutional lawyer, Dr. Elizabeth Gibson of Bordeaux.

Stéphane Porion is Associate Professor in British Studies at the University François Rabelais - Tours. His main research interests include post-1945 British Conservatism and the development of radical right political parties in the UK since the 1960s. His recent publications include “Reassessing a Turbulent Decade: the Historiography of 1970s Britain in Crisis” (Études anglaises, 2016), “George Wallace and Enoch Powell: Comparing the Politics of Populist Conservatism in the US and the UK” (co-written with Michael Kazin), in Postwar Conservatism, A Transnational Investigation: Britain, France, and the United States, 1930-1990 (ed. Clarisse Berthezène and Jean-Christian Vinel, Basingstoke, Palgrave Macmillan, 2017), and Le Royaume-Uni à l’épreuve de la crise, 1970-1979 (Neuilly, Atlande, 2017).

"As a matter of fact, the teleological interpretation of 1970s Britain should be contested as it was constructed and exploited by Conservative Thatcherites and New Labour politicians (Blair and Brown) to impose their Third Way project under the banner of New Labour. The 1970s cannot be thus  described as following a linear climactic trajectory, as in a Shakespearian tragedy, reaching a climax in the shape of the Winter of Discontent and peacefully ending with the coming to power of Margaret Thatcher, determined to reverse British decline with the appropriate neoliberal policies." 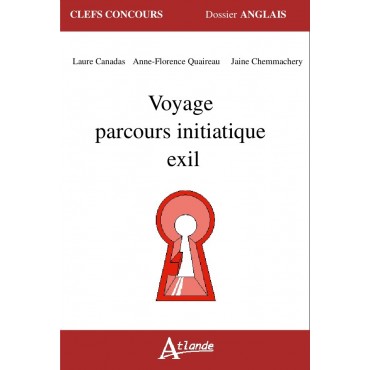 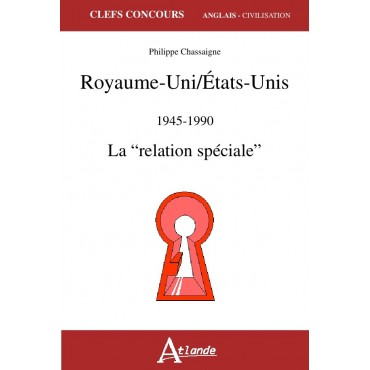 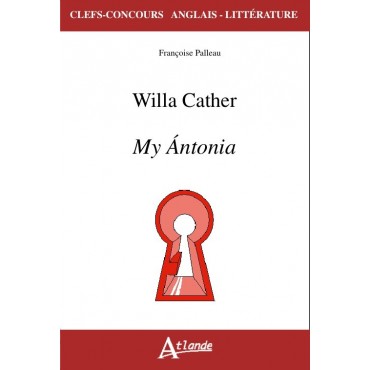 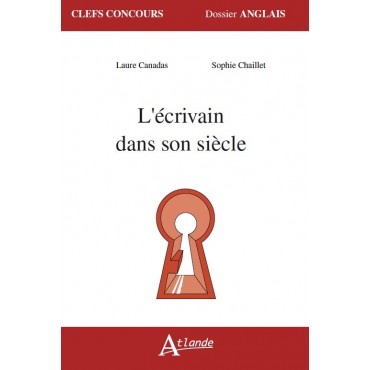